Happy New Year!  2020 is the year of the Rat. It's the first sign in the 12 year cycle of the Chinese zodiac. With this entry, we find ourselves in the midst of a global pandemic and we have therefore, temporarily postponed regular classes until things clear up.

Stay tuned for future announcements regarding re-opening to the general public.

Just to catch up from last year's news, I did attend the International Aikijujutsu seminar held in Fremont, CA. and it was truly a very special event.  Hayashi Masaaki sensei was superb and the 3 day event went by too fast.  Yamamoto-san was most helpful and it's always a joy to train with him and share a few laughs, that is, when it is appropriate.  I was delighted to be present for our good friend and training partner Brian Levy from New Orleans Aikido as he tested for shodan in Daito-ryu Aikijujutsu.  What a treat that was!

The winds of change sent a bit of misfortune my way last summer and I fell terribly ill for a good while so I did take a brief hiatus as per my announcement last year.  It was decided to remain closed for the duration of 2019 and then the Rona came to be.  I was unable to attend Yokoyama sensei's seminar in Houston this past March 2020.  That set me back on a personal level for a variety of reasons, but one must keep marching onward..

As of late, we reconnected with Iaido Grand Master Yasuhito Asano sensei and renewed our membership with the JBA (Japanese Budo Association).  We hope to see him again later this year, possibly in Autumn.  (https://www.japanesebudo-assoc.com)

My health has improved much as I finally sought medical attention and am grateful to my doctors for their expertise and no nonsense approach to the betterment of my Ki.

It is now Spring of 2020 and it seems that the Earth has stood still, for the time being.

Our first cold weather training got off to a slow start in lieu of slow recovery from aforementioned illness.  Still, we love what we do in Budo so we keep striving for the

best and just keep trucking along.  Thanks to everyone for their kind words & prayers.

was phenomenal.  Also present was Yamamoto-san, my sempai in Daito-ryu.  The  timing  was such that he happened to be in the States for a work conference.

A special mention and shout out to my Brother in Budo, Rick Torres sensei as he invited a few of us to the Grand Opening in early June of his brand new dojo built on his property in Victoria, Texas.  Such a beautiful building and a perfect example of a Labour of Love.  It was an honor to have a part as a guest instructor.  The dedication ceremony was indeed, moving.  He named the building, The Roy Matt Alvarez III Training Hall.

If you're ever in the area, do visit the Integrity Defensive Arts dojo (1103 E. Sabine St.)

~ Presently, I am looking forward to another major seminar being held in Fremont, CA.

**Announcement:  Classes are temporarily postponed / we will have a brief hiatus the remainder of Summer up until mid-September due to needed upkeep & maintenance.**

2018 Christmas Holidays came and went kind of uneventfully as yours truly was stricken with a very bad stomach virus of sorts. (Too much information, I know - sorry about that)

We received a special invitation from NOLA Aikido and Brian Levy sensei in New Orleans to attend a seminar they hosted in the first weekend of November featuring Seishiro Endo, Shihan 8th dan Aikikai.  It was enlightening, thought provoking and

magnificent, to say the least.  I accompanied Jorge sensei and Joe Cavazos sensei who

took charge and drove a total of 4 of us from Texas and it was unanimous, we loved it.

*Many thanks to Brian sensei and on a side note, he is also a fellow Daito-ryu member.*

Summer 2018 flew by and finally the S.A.A.'s Friendship Seminar with Shinjiro Yokoyama, 6th dan came to be.  It was yet another major success story for our group, especially for yours truly as Travis Bourland tested for his 5th Kyu promotion.  He represented Shugenkan Aikido well and I was very pleased with his performance.

- According to Jorge Garcia sensei there's a strong chance that we will see Yokoyama Sensei again this coming Spring around late March/early April 2019.  Calendars marked.

Quick Note:  Terence Tran came with to Victoria and got a chance to train with our Daito-ryu aikijujutsu clan on the weekend of September 8 & 9, 2018.  It was an energetic event.

Many thanks as always to Rick Torres sensei and wife Elena for hosting our sleepover.

**  We headed to Houston on April 14th for a Regional seminar at Sensei Garcia's dojo.   It was wonderful to see old friends and new.  I was very glad to be accompanied by one of our weekend warriors, Rikki Rivera.  I am always grateful for the opportunity to receive and share new insight. There were no classes held that weekend at the Shugenkan Dojo.

2018 Adjustment to Class Schedule:  Saturday Adult class will start at 1 pm. (as before)

~ Classes will resume on Tuesday, January 9th.  Be Ready to Rumble!

- We hosted Sensei Joe Lopez on March 24th for our Daito-ryu Aikijujutsu workshop.  Shugenkan members are always encouraged to attend.

Previous news received:  Yamamoto-san from Roppokai Headquarters visited Dallas the weekend of March 10th.  We had planned to attend, but unfortunately were unable to.

2017 presented many challenges and opportunities as we broadened our Aiki Horizons and ventured onward in our Martial Arts training:

~ In early March 2017 we attended a Special workshop of Eishin-ryu Iaido featuring Grand Master Yasuhito Asano.  Our Daito-ryu Sempai/Sensei Jose Lopez invited his long time friend and Instructor from Japan to Roppokai sister Dojo, Integrity Defensive Arts, in Victoria, Texas.  I personally experienced an awakening of sorts throughout the long weekend as I felt the power behind the "High" and the "Low". (Essentially, 2 styles)

~ Shudokan Aikido's Regional seminar in late May was a real treat as always and we had a healthy gathering of tenured instructors all contributing our basic perspectives of Aikido.

~ It was at a local workshop on August 19th when I met Combatives Stick and Bladed weapons Maestro, Larry Ordonio.  He brought his family's style from Houston, Texas where he lives presently.  The approach is clearly direct with little to no "dueling".

~ Our annual major Aikido seminar was held in October 2017 and we met Shinjiro Yokoyama, 5th dan.  It is our understanding that Ido sensei has retired from Suginami Aikikai and the  responsibilities for teaching will transfer to Yokoyama sensei.  I really enjoyed his enthusiasm and fresh outlook to this multi-faceted Martial Art.  He made several familiar points even more clear. - Kudos and Congrats go to Jose Lugo and son, Adrian for their excellent 4th kyu test.  They made us very proud, indeed.

~ In lieu of conflicting schedules and practice partners' health issues we had to postpone our November Daito-ryu Aikijujutsu workshop until January 27, 2018.   See you then.****

~ In December I got an invite to practice sticks and knives with a local teacher better known as 'Kali Doug'.  It was a seriously educational 3 to 4 hours. - Directness.

The afternoon session will be available for students on a "floating" basis and/or      when prepping for next level examinations.  Sunday Adult class start time is still 1:00 pm.

~ A special treat came our way in mid-July 2016 as a couple of us attended a major Daito-ryu Aikijujutsu seminar in Salem, Oregon with Hayashi sensei and also Yamamoto sensei as his assistant.  I was honored with the task of testing for my Shodan certification alongside fellow Aiki Buddy, Jake Brittain from Fort Worth, Texas.  I was accompanied by one of our dedicated members, Brian Artavia who happened to earn enough credit for his first level certificate in Daito-ryu as well.  He tested for Sho-kyu a month later and we were both awarded our individual promotion certificates at a Daito-ryu workshop hosted by the Aiki Shugenkan Dojo later that year.

~ A special word of recognition for my good friend and Shugenkan student Brian Artavia who again participated at a major Aikido seminar in Houston, Texas in September 2016  where he tested for and was promoted to 2nd Kyu (brown belt) by Ido sensei, Shihan-dai.

~ Heartfelt Congratulations go to our very own Jose Lugo and son, Adrian who both tested for and were promoted to 5th kyu in October 2016.  We are very grateful to Garcia sensei for taking the time to make it happen as extenuating circumstances and conflicting priorities kept these two devoted Aikido students from participating during Ido sensei's visit the previous September.

*As was previously announced, Seigo Okamoto sensei passed on January 16, 2015.
I know that for many of us, we miss our Daito-ryu Aikijujutsu teacher, immensely.
It was decided by Headquarters in Japan that Hayashi Masaaki sensei will be the Roppokai Grand Master.

Jose Lopez with Hayashi Masaaki sensei a few years ago.

~ The AIC annual seminar in South Miami Beach, Florida in April 2015 was a truly wonderful experience.  I was accompanied by one of our members, Brian Artavia.
We had a Blast!  Many thanks to Guillermo Gomez sensei, 5th dan, of Aikido Miami -
United States Aikikai for hosting the 6th Annual Aikido International Club Seminar.

~ Our Regional seminar in November 2015 where we celebrated Shugenkan's 10th year Dojo Anniversary with Sensei Jorge Garcia, 5th dan was a huge success.  We are always grateful when Jorge sensei visits our little place and shares his vast Aikido knowledge and the many things, Hiroshi Kato Juku.

Congrats to Joseph Diaz for testing and being promoted to 5th kyu that weekend.

The Way of the Warrior is Peace 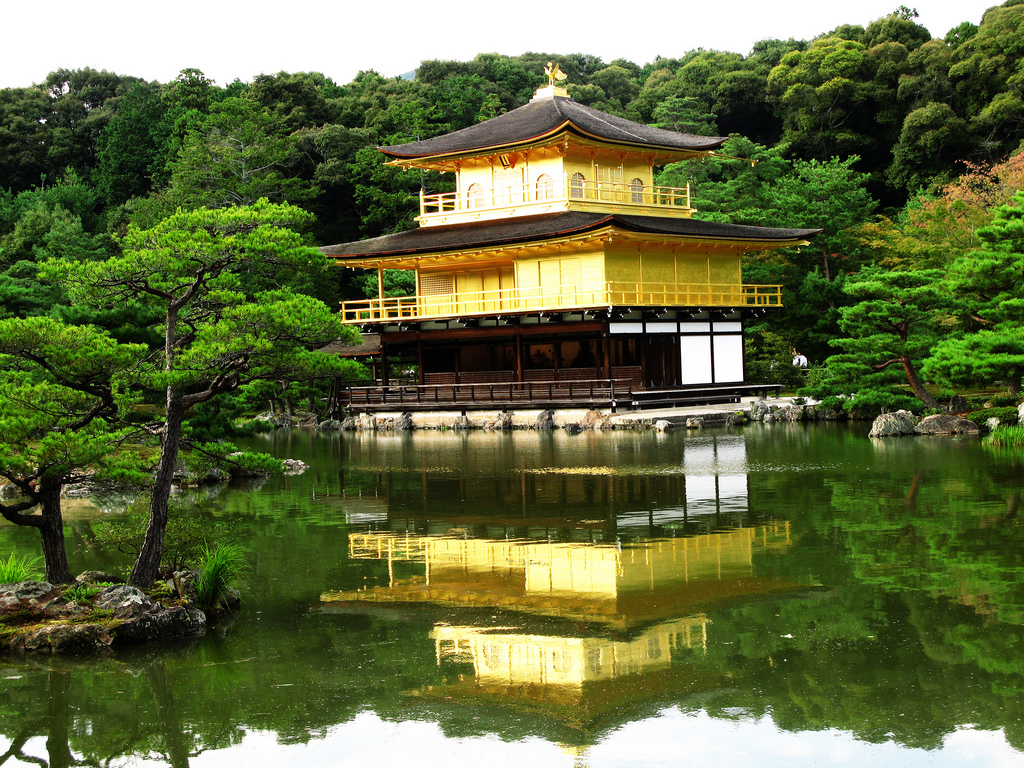 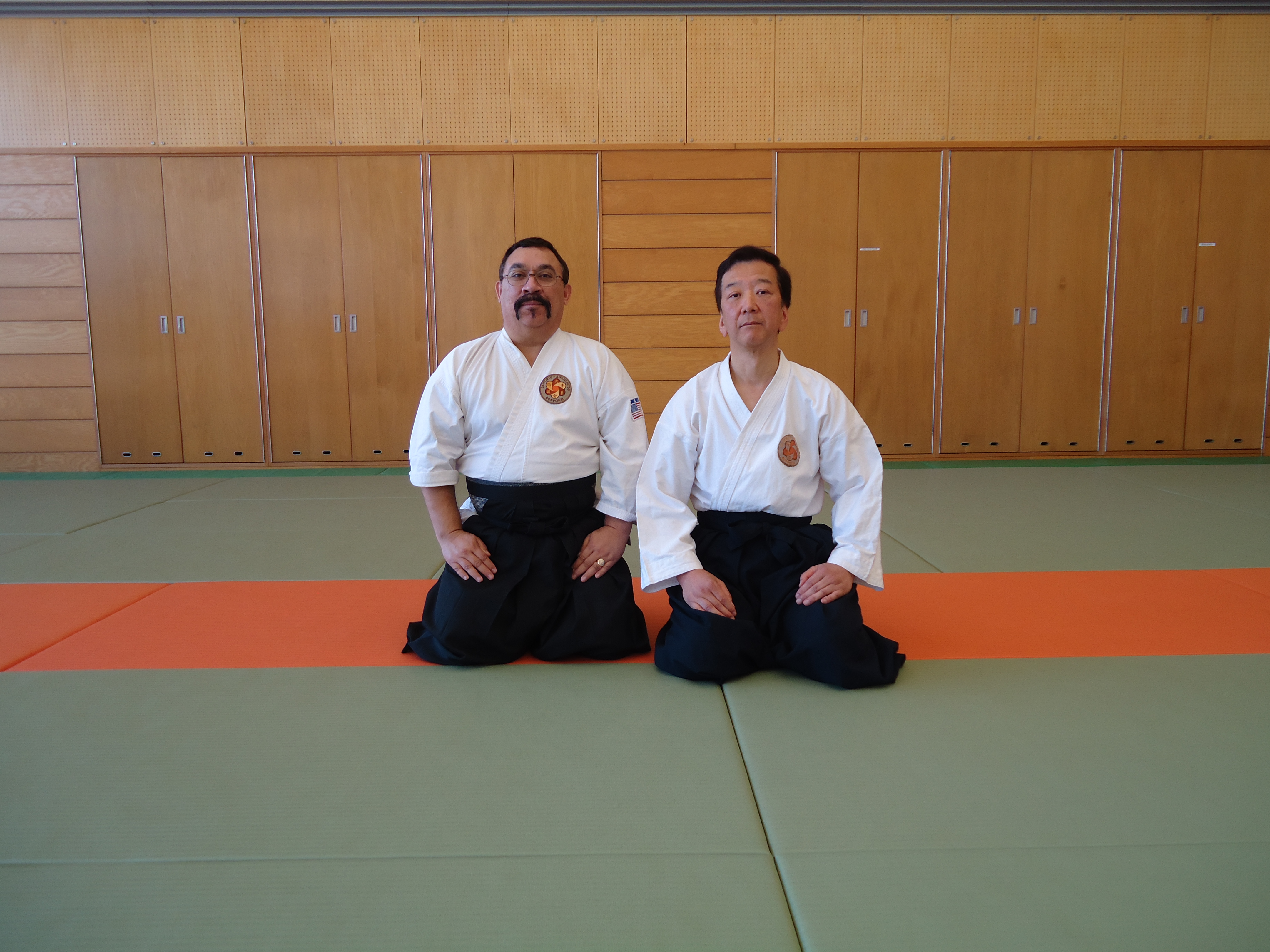