Sensei Joe was introduced to the martial arts in his early teens, naming Kempo as his first love in Budo. While serving in the U.S. Marine Corps, and having lived and trained for three years in Okinawa, Japan, he felt that there was more to martial training than what the 'way of the fist' provided. Years later, Joe, informally, began his practice of Aikido in 1992 and eventually joined Aikido of San Antonio and became a member of the Midwest Aikido Federation led by Akira Tohei Shihan, 8th dan. Joe feels privileged to have participated and  trained at dozens of seminars under Tohei Sensei and subsequently received all kyu ranks directly from him.

Joe's duties as a brown belt included helping as assistant instructor and did so for several years throughout his study and also served the M.A.F. as Kenshusei, or "teacher in training". In April of 1998, he tested for and was promoted to Shodan at an O'Sensei Memorial seminar in Chicago, Illinois (a special event annually hosted by Sensei Akira Tohei). With Tohei Sensei's passing in July 1999 and having already set a personal time window of 10 years, Joe left Aikido of San Antonio at year's end 2002 and sought out other Master Instructors outside the realm of any particular organization or affiliation.

As of late, Joe has met and trained with excellent Aikidoka from Mexico and South America: Carlos Cordero and Marta Fernandez, Wagner Bull and sons, Jorge Rojo, German Santamaria and Nelson Requena.

In spring of 2003 Joe Rangel co-founded an ASU dojo in San Antonio, Texas with a couple other Yudansha. Being honored with a personal invitation to a Shodan-only (Instructor) training session at Saotome Sensei's Aiki Shrine Dojo in Florida, Joe marks this as a truly memorable event in his Aikido career. After two years of devotion, support, and assistant instructing at the Alamo City Aikido dojo he helped create, Joe decided to venture on his own. Having met Hiroshi Kato Shihan a few years prior and then seeing him again in Autumn 2004, Joe sensei was invited and joined Shudokan Aikido Association in April 2005. Soon after, in early June 2005 Joe tested for and was promoted to nidan by Kato Sensei at a Friendship Seminar held in Houston, Texas and hosted by long time friend and President of the SAA, Jorge Garcia sensei. Joe Rangel founded and established Shugenkan Aikido later in July with Kato Sensei's approval and is affiliated with his Suginami Aikikai dojo and directly with the Aikikai Foundation, Aikido World Headquarters, (Hombu Dojo) in Tokyo, Japan.

Joe was appointed the Instructor rank of Fuku-Shidoin in September 2005 and serves the Greater San Antonio area and local South-Central community as Dojo-Cho. Rangel sensei tested for and was promoted to sandan (3rd degree black belt holder) by Sensei Hiroshi Kato in November 2007.

Hiroshi Kato passed away suddenly in early December 2012 after a long Aikido seminar commitment. Before this unexpected tragedy, Sensei had already approved Joe to test for yondan the following Spring. With Sensei Seiji Ido, 6th dan, Shihan-dai presiding, Joe tested for and was promoted to 4th degree black belt. Many heartfelt thanks go to Sensei Jorge Garcia in Houston, Texas for his help and making it possible in April 2013. Joe sensei is now a proud supporter and member of the newly created Hiroshi Kato Juku - Doshikai. For more information on this go to:  www.shudokanaikido.com

In the Summer of 2007, seeking to learn more about the Aiki-jutsu roots of Aikido, Joe signed up and became a student of Daito-Ryu Aikijujutsu and is now with the Texas Roppokai Branch. He is one of a few practicing members of an officially sanctioned Roppokai Aikijujutsu private study group sponsored by Jaideep and Karen Mukherjee, seasoned Aikidoka who live in the city of Houston, Texas. This small and cohesive "clan" is authorized by Soshi Seigo Okamoto from Tokyo, Japan and is supervised by the Leader of the Southern USA Regional Headquarters of the Roppokai, Sensei Jose E. Lopez (4th dan, Jun Dairi Kyoju) from Fort Worth, Texas. Joe Rangel was awarded his first level promotion (Sho-kyu) in September 2009 by Okamoto sensei at a Daito-ryu Aikijujutsu seminar held in Fremont, California. In May 2011, Joe was notified of his next level promotion to Chu-Kyu and was again awarded his certificate by Seigo Okamoto sensei in September 2011. Recently, and after attending and hosting several Daito-ryu Aikijujutsu seminars and workshops, Joe sensei was officially recognized and promoted to brown belt level (Jo-kyu) in October 2012. - Sensei Okamoto went home to Aiki Heaven in January 2015.  Japan HQ passed on Roppokai leadership to Hayashi Masaaki.  Joe attended a Daito-ryu seminar in Oregon hosted by Desmond Harpster sensei in July 2016.  Sensei Masaaki surprised Joe by having arranged for his Shodan "test" that weekend.  Joe sensei was promoted to 1st degree black belt in Daito-ryu Aikijujutsu after test results came back favorably from Hombu Dojo in Tokyo, Japan.

He considers it an honor and a privilege to be a member of the Daito-ryu Aiki Jujutsu Roppokai.

​​​It was Fall of 2009 when Shugenkan Aikido was visited by Judoka expert, Professor Michael McGrady, 8th dan. We all met through Rick Torres sensei from Victoria, Texas. Sensei Mike moved to and lived in San Antonio until early 2017.  He taught and practiced at the Shugenkan Dojo on a regular basis.  Joe initially conveyed to McGrady sensei that he is more than willing to "empty the cup" so as to try and grasp what Judo has to offer.  For several years we constantly made it a point to ask questions and find new things to learn from and share with Mike sensei.  Never a dull moment. He and wife Elaine have since returned to their childhood home in Ohio.  It was always a joy when he came by.  We miss his good natured attitude and warrior Spirit.

​​"The real way of the warrior is based on compassion, wisdom, fearlessness, and love of Nature." ~ Morihei Ueshiba, O` Sensei 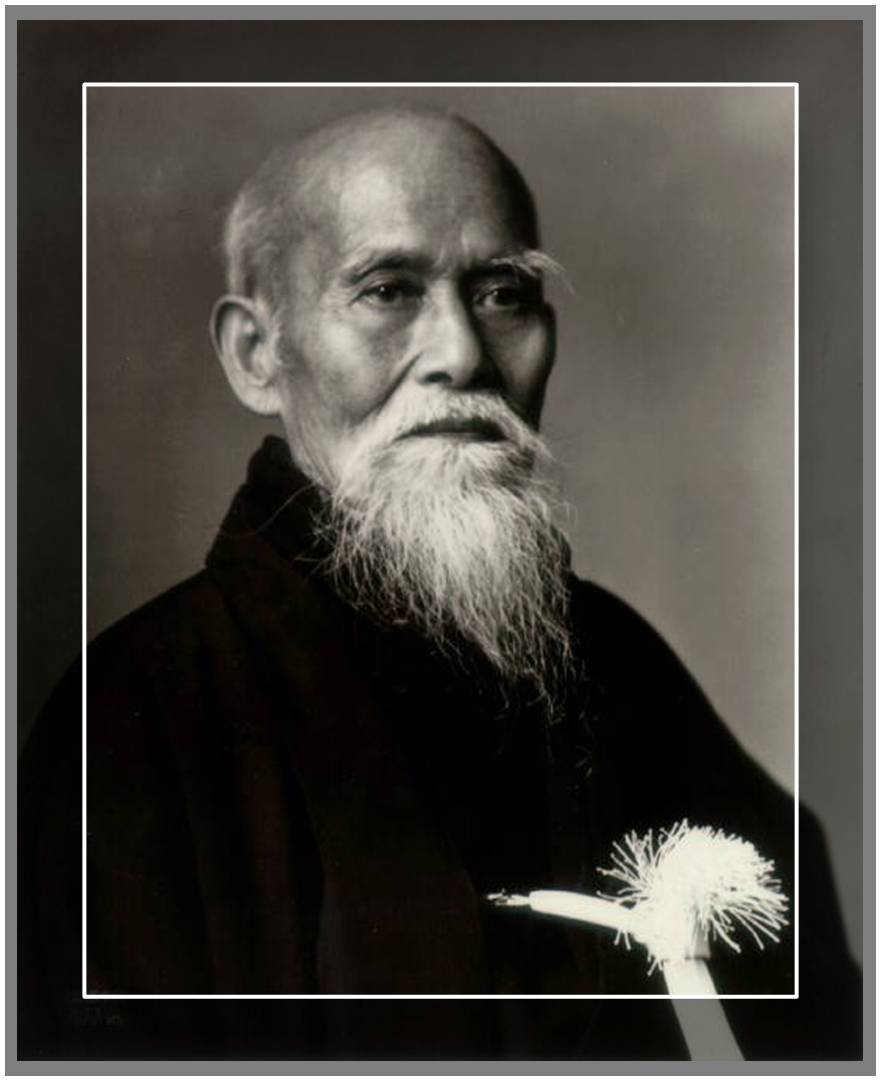 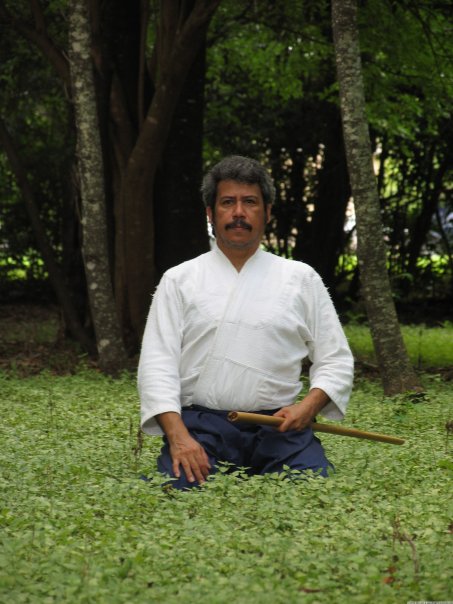